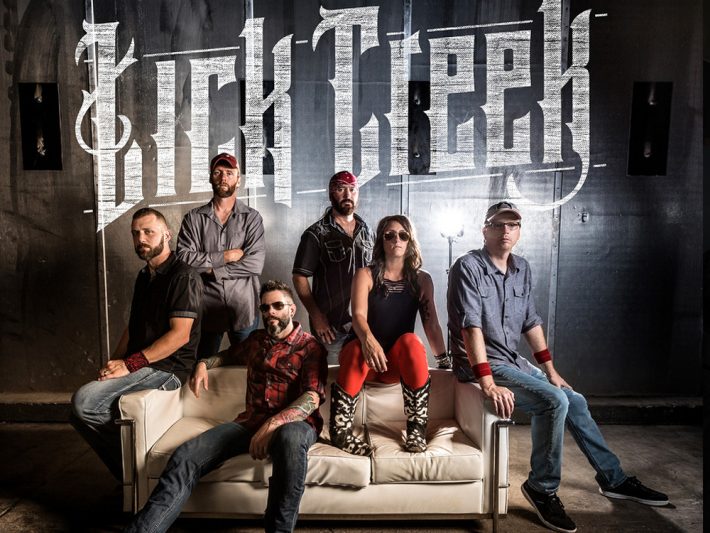 On Thursday, August 1 at 7:30pm in front of the grandstand, Lick Creek will perform. The Natu Band will open.

“One of the hottest country bands to come out of central Illinois. Their vocals, unique style, & high energy have quickly become a big attraction.”
–Pat Keating, Owner- Boondocks “ACM’s 2016 Nightclub of the year”

“Each song I’ve heard so far is an eclectic mix of bluegrass, southern rock, and 90’s-style country that really brought the genre to the popularity it has today. I’m so freaking impressed right now because, save for a few artists, country music has lost that.”
– Jay Skube Springfield, IL

Lick Creek is a meshing of 6 rock and country musicians putting their love for both genres into one sound. They have been making a buzz since the first show. Ryan King-Lead Guitar/Banjo/Mandolin, Steve Gragert-Bass, Maddie Brown-Acoustic & Lead Vocals, Bob Bryant-Drums, Lance Stone-Lead Vocals and newest member Tyler Landess, Lead Guitar. They have performed in their hometown of Springfield, IL, all over the state, and into Iowa, Wisconsin & Missouri. The band is growing regionally and quickly becoming a fan favorite all across the central United States
​
Lick Creek brings a unique sound to today’s pop country dominated world. They add some classic 70’s rock/southern rock and mesh it with a swampy blues and country sound. They are paying homage to the greats who pioneered outlaw country, and new artists like Eric Church and Blackberry Smoke. Add to that, powerful male and female vocals with fast paced stage energy and you get what folks call one of the best country bands they’ve seen.

Find more from the
Lick Creek at www.lickcreek.com